When starting retirement phase pension accounts, SMSF professionals and their clients should think carefully about how it might impact the amount of death benefit pension that their children will be able to receive, says a technical expert. 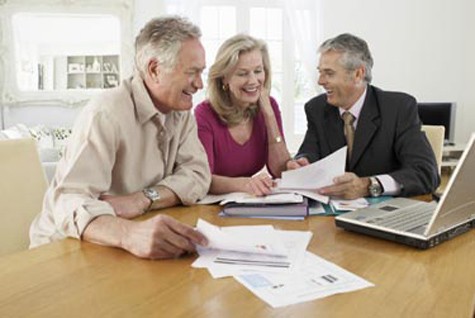 Australian executor trustees senior technical manager Julie Steed said that, when discussing pensions and estate planning with clients, it’s very important to think about what money will be leaving the super system.

“If we’re going to have excess amounts, do we really want to be holding insurance in super anymore? We may want it outside of super where we can direct it straight through to our estate plans through testamentary discretionary trusts that we can control,” Ms Steed explained at the Chartered Accountants Australia and New Zealand SMSF Day 2019 Workshop.

“Most parents, when faced with the choice between tax efficiency and control for their adolescent children, will nearly always choose control over tax efficiency.”

Ms Steed said that if the deceased has a transfer balance account at any time prior to their death, then the child death benefit amount will be the child’s share of the retirement phase pension accounts.

“So, if I started a retirement phase pension on 1 July 2017 with $1.6 million, and it’s grown to $2 million by the time I die, and I’ve got a single child, my child can receive $2 million as a death benefit pension, even though that’s $400,000 above the general transfer balance cap,” she explained.

Importantly, the process and formula with the child cap increment, she said, also applies to accumulation accounts.

“This is really important when thinking about starting retirement phase pension accounts.”

“I worked with an adviser last year who had a client that was in her 40s and had a really aggressive form of Parkinson’s disease. It was terminal, but her life expectancy was still 10 years. So, she didn’t qualify under terminal illness payments, but she qualified under total and permanent disability (TPD),” Ms Steed said.

“She had $120,000 in accumulated benefits and $1 million worth of insurance. She heard about the benefits of tax-free investment returns in pension phase and she wanted to maximise her benefit, so she was going to start a TPD pension with her $120,000. Now, fortunately she went and got financial advice, because if she hadn’t, she would have started that pension for $120,000.”

Unfortunately, the client did die much sooner than anticipated, only a couple of weeks after the insurance amount was actually received in the super fund for TPD.

“Now if she had started a retirement phase pension with her $120,000, each of her two children would have only been able to start a death benefit pension for $60,000 each. They would have each had $500,000 rattling around outside of super,” she said.

“Her adviser stopped her from starting the retirement phase pension and so she just left the TPD benefit in accumulation phase and it was unrestricted non-preserved, so she could access some of that money she needed for living. But when the $1 million of insurance came in, her kids were actually able to start a death benefit pension for $550,000 each.”